In the Netherlands, St Nicholas’ Day is celebrated on the night of 5-6 December. For children, this is THE most important holiday of the year, when they receive presents. They also enjoy kruidnoten and pepernoten. On Thursday 2 December, our Dutch language teachers and their pupils prepared pepernoten at school. Did you know that this recipe is already three hundred years old? Sailors brought back spices from the Far East: pepper, cinnamon, ginger and nutmeg. According to an ancient legend, Archbishop Nicholas of Myra in Turkey used to throw gold coins to poor people. Today, St Nicholas no longer hands out gold coins, but chocolate coins and “pepernoten”! Yum, it’s so good! 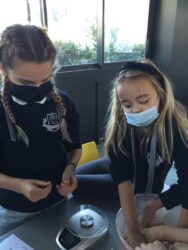 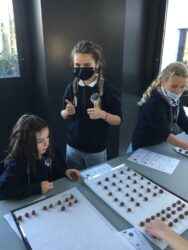 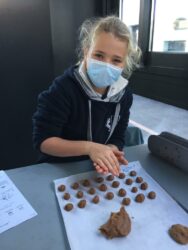 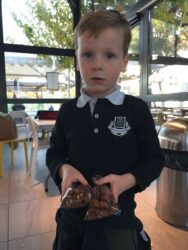